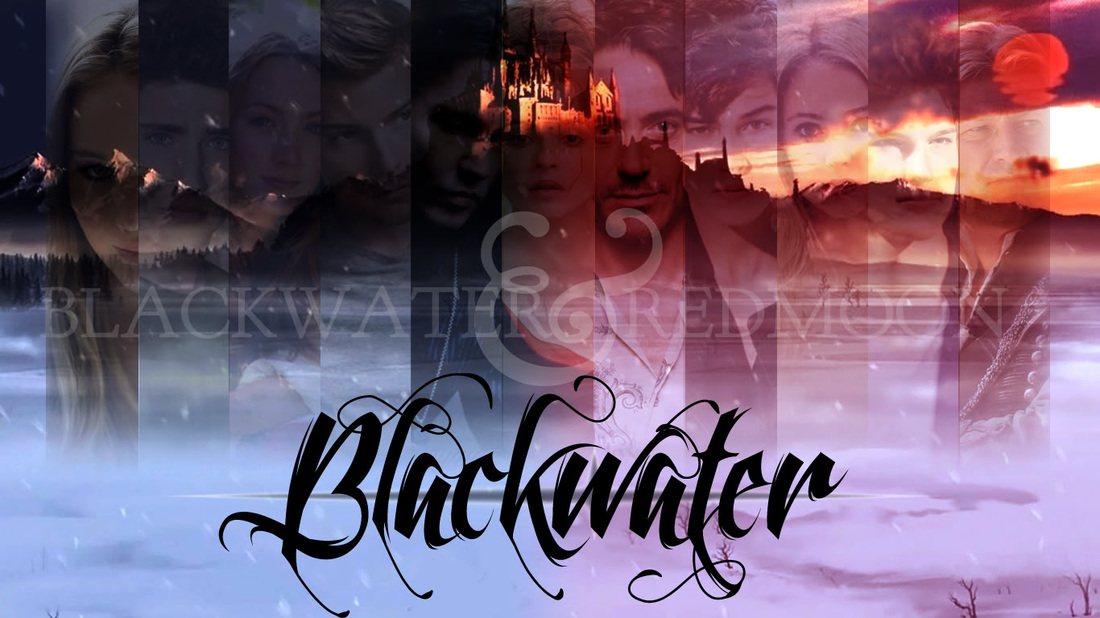 Omen dragged a hand down his face, down the stubble of his beard and felt frustrated. He looked it as well. He raised exhausted eyes to his son who continued to gaze to the water, buried in the blooms that had been, for centuries, a luxury, even to their kind. “What are you doing, son? You are my heir, you are the successor. You’re far greater than any other in our lineage—”

“What are you doing? Why are you so enthralled to the Blackwaters’ son? Why must you go through these lengths to convince us to give them allegiance when we have been at each others throats for so long?”

The smile Maren produced seemed as bitter as any other he had given his father in the days when he claimed he was “fine,” after the days he would wake screaming, tortured by the voices that assaulted him with the psychic gifts he’d never asked for.

“Isn’t that the word?” Omen asked.

Maren smiled sadly at the waters. “Enthralled. Do you think he notices? That I’m so compelled?”
- The First Book of Blackwater
A powerful grip snatched at his wrist and the world whirled into a haze. He saw himself staring at Caelum’s stern gaze—so intense it threatened to burn him where he stood.

“I had warned you,” Caelum said softly, and when his voice was soft, Maren knew that he had crossed a line that Caelum did not allow. “That if we are to remain friends…you cannot look into my mind.”

That grip on his wrist tightened—so tight that Caelum must have been able to feel the blood pulsing softly there. Blood that Maren did not even know if it had been his own, after all his victims, all his kills.

The Redmoon son looked up at he who would find the throne of the Blackwaters as his own one day. “Why can’t I…? I’ve seen a glimpse, sometimes when you are not aware. Yet when I look in…I only see myself. Or that which appears as myself…and I never see my own face reflected in your mind.”

Caelum’s gaze remained on his, the princely strength that was so his in full force upon him. He released Maren’s wrist. Maren continued, undeterred, “…I am always alone in your mind.”

“Yes…you’re always alone in my mind,” Caelum responded in a strange tone—of one who chose his words just to say enough, saying everything without saying more. “You alone, locked away.”
- The First Book of Blackwater
Caelum! Behind you!

The prince’s eyes flew open and with a single burning blast triggered by his powerful eyes, his attackers disintegrated. He felt pain throbbing through his head—the force of Maren’s psychic cries were becoming desperate, and that only ever happened when he wasn’t receiving Maren’s full attention.

This had to be because he had to guide everyone else—where were the other psychics?! Snarling, he whirled around and a powerful blow nearly smashed a vampire’s head fully within itself. There was another jet of pain coursing through his head as Maren struggled to keep a hold of him.

Where… Maren felt himself weakening. He could feel life draining out of him, flowing out his body, down the swordpoint that protruded from his chest—ripe, scarlet blood pooling beneath him. He was losing strength, at the worst time in the world. “Caelum…”

“Maren, where do I go?!” the prince cried out when he didn’t hear his first call answered, his cry echoing through the vaulted hall he fought in, and through Maren’s rattled psyche.

Tears stinging like venom were falling from Maren’s eyes. He tried to catch his breath when there was none. He was going to guide him to the end. He would guide the prince to the end. Live or die.

“Maren…?” Caelum wasn’t sure if he’d heard. It suddenly sounded faint. Maren was having even more difficulty than usual now. Was it the palace? Was it the many minds under his control?
- From the First Book of Blackwater
"We'll win, you know. Over the Hive Queen?" The dull sun was just beginning to rise.

The Blackwater prince let out his breath and glanced at the Redmoon heir. "...it's just about as impossible as it gets, Maren. How do you sound so sure...? Have you seen it in your visions?"

"No." He turned to smile at him. "I don't need visions to know that. You and our fathers would rather not return than lose. And all of you are too good at what you do to lose."

Caelum laughed softly, dropping his gaze. "If we could actually win..."

"Oh, if we could..." Maren agreed with a smile on his lips as he watched the dull sun send its rays through the sky, faded lances through the gray.

After a moment, Caelum looked at the vampire next to him. "What do you think it will mean, if we return victorious? Such a combined effort... Surely even my father and yours cannot push it aside."

He received a nod in answer from Maren, whose golden eyes scanned the sky still. "Perhaps the truce can last a little longer."

It was hope as unlikely and as dull as the dawn. But Caelum had always looked forward to those odds. He looked to the horizon, in the distance, where the sky and the sea met.


- from the first book of Blackwater